Happy December!!! Friends, it is SO good that you are here today. And can I just say that I am STOKED for this holiday season and ringing in the new year! 2018 we are ready for you (almost)!

Thinking back at 2017, though, I must admit that Andy and I have made some pretty amazing memories. Near, far and everywhere in-between, it has been incredible to create our own traditions, do life with those around us, and explore this spectacular world we live in.

Today I wanted to share a bit about one of the places we had the opportunity to visit back in March: A not-so-little place I like to call (along with the rest of the world) “Yosemite National Park.”

When I first heard of Yosemite, I was like “Yeah, okay, it sounds cool, but it is probably at least slightly overrated…” Friends, I was deeply mistaken. The moment we came out of the tunnel on Wawona Road while driving into the park, awe and sheer joy filled my heart at the pure magnificence found in the impressive rock faces of Yosemite. No joke. Andy and I were both speechless.

Unfortunately, when we went, we only had a few hours to spend in Yosemite. We knew that bad weather would be rolling in the next day and we wanted to be a good way down the mountain roads before it got dark. We arrived in the late morning and decided that we would only do one thing: ascend 3,000 feet to the one and only Yosemite Point (located at almost 7,000 ft).

We began the trek. The trail was fairly steep, but that was to be expected. As we went further and further up, we came across some (shall I dare say it?) SNOW! Yup, the white stuff had covered significant parts of the trail. And I am not just talking about a little bit of snow. No, no. I am talking about at least a good foot of half-frozen, half-slushy snow. But we were determined. So in our runners and light sweaters, we trampled through the snow and continued up the trail.

When we finally reached the Upper Yosemite Falls, we were once again filled with awe and wonder of the valley below. The waterfall gushed as the Spring sun warmed the icy terrain and slowly melted what remained of winter’s last kiss. It was picture perfect; a memory for the books.

But Andy and I both knew that our journey up the mountain had not yet been complete. We had come there to do one thing and that was to make it yet another mile up the trail all the way to Yosemite Point. We mustered what strength was left in our legs and continued up the path to our final destination.

We crossed a little bridge that brought us over Yosemite Creek and then the well-worn trail that we had been following all along just stopped. We followed the few and far-between footprints that were left from the previous brave souls who were also determined to make it to the top. As we went along, though, those eventually stopped too.

We were no longer striding on top of even slightly compacted snow. With every foot step, the snow went up to our knees (still in our runners, remember?). There was no trail left for us to follow so we tried our best to follow along to the trail on Google Maps. Should we press on? Was this even safe? Andy and I both knew that if one of us suggested that we should turn back, we would go. But neither of us said a word, so we continued on.

Finally we made it and it was glorious. We sat at the top for a few minutes to take in the sights and let the cool, refreshing air rejuvenate us for the journey back down the mountain. Side by side we sat, overlooking the valley and just smiled at what had just been accomplished. Life… It is a beautiful thing.

Needless to say, we made it back down okay, although we practically slid on our bums most of the way down the first part of the trails because of the snow. But my oh my, was that an adventure. Perhaps it is not something to do that I would recommend to everyone at that time of the year, but in our books it has gone down as one of the most beautiful and awe-inspiring memories made.

Furthermore, one thing is for sure… Yosemite is certainly not even slightly overrated.

Questions? Comments? Please feel at home to drop a note below! It is always such a pleasure to hear from you! 🙂

4 thoughts on “Yosemite: Not Even Slightly Overrated” 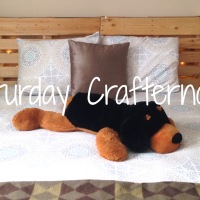